How to Restrict Users from Creating New Teams in Microsoft Teams 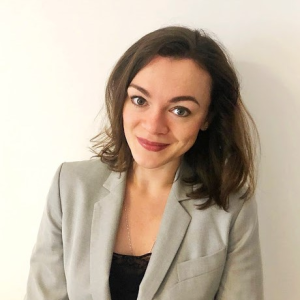 Allowing users to create teams according to their needs is one of the surest ways to boost Microsoft Teams adoption in the organization. At the same time, if you have no control or restrictions over team creation, it can quickly get out of hand with your tenant swamped with unused teams. The question is, then, how do you restrict users from creating new teams? Moreover, is there a way to do so without affecting collaboration and Teams adoption?

In this blog post we will answer both of these questions. Let’s get started!

Why restrict users from creating teams in the first place?

While the answer may seem obvious – you get too many teams – it’s not as simple as that. Having many teams is not a bad thing per se. In fact, it’s quite the opposite: it means your users are actively using the tool. They collaborate more through the platform and the capabilities it offers.

What seems to be the issue then? Well, the problem arises when appearance of these teams jeopardizes your organizational data security and hampers the collaboration process instead of improving it. Let’s elaborate a bit on that.

You do need certain control over team creation when you start witnessing Teams sprawl. Teams sprawl happens when your employees create countless teams that don’t fulfill their purpose: collective work on a specific project. Here are some examples of teams that constitute Teams sprawl:

You can learn more about Teams sprawl in this blog post.

Due to confusion over which teams to use for collaboration, now that there are so many of them, your employees might feel tempted to resort to other tools to get their job done. Not only does this affect your adoption efforts, but it also raises data security concerns. Unauthorized apps can get access to your sensitive information, posing data security risks.

If your employees start creating multiple teams on the same topic, their collaboration efforts will be inconsistent. Elements of the same work might end up being stored in different teams, causing discrepancies, file duplication, and loss of productivity.

Some organizations have internal compliance regulations that prohibit the use of certain apps, characters, and words for naming teams/files/folders, etc. Without any supervision and governance in place for naming policies and team creation, these rules can easily be broken.

Sounds like resting team creation is the only way to go, doesn’t it? However, doing so can take its toll on the organization. Here are some issues that you risk running if you restrict your users from creating teams.

Restricting team creation, as well as other capabilities that go with it if you do so through limiting Office 365 group creation, will inevitably affect collaborative work in your organization. Your employees won’t be able to use the platform in the way they see fit, limiting their experience and creating resistance to use the app. This will inevitably slow down your Microsoft Teams adoption efforts.

Extra workload on IT

Given that your users will no longer be able to create teams on their own, your IT team may get overwhelmed with the number of requests for team creation.

Consequently, your users might prefer to use other tools where they are free to work in the way they want. As you can see, both uncontrolled and restricted team creation may trigger the spread of shadow IT in the organization.

How to restrict users from creating new teams

Currently, there is no native solution that allows you to restrict team creation only. There’s a way to do it, however, by limiting Office 365 group creation.

Limit group creation to admins only

This method will prevent anyone in your organization, except for admins, to create groups.

You can disable Office 365 group creation throughout your tenant in Azure AD PowerShell for Graph.

The drawback of this restriction is that should you decide to permit team creation rights, you will need to do it on a per-user basis. Therefore, the next method may be a better option.

You may choose to have a group of people in your organization who will have permissions to create Office 365 groups. That will be your security group.

Note that you can only have one group in your organization that can control group creation. But you can add other groups as members of this group.

You can create your security group in the Microsoft 365 admin center. The next step will be to run PowerShell commands in Azure AD. You can find detailed instructions here.

While limiting Office 365 group creation is one of the options to restrict users from creating new teams, it might not be the best one. You still run the risks of slowing down the adoption and productivity as well as overloading your IT.

So, how do you restrict team creation and avoid all these risks?

Restrict team creation at the template level with SalesTim

There is a way to prevent Teams sprawl, structure all your teams in the tenant and at the same time empower your employees by using Microsoft Teams templates and implementing governance policies specific for different teams.

In some cases, your teams may require stricter governance policies. Meanwhile, others may allow fewer restrictions and can be accessible for a wider audience, depending on the business context.

This is where Microsoft Teams Collaboration templates come in handy. You can create templates for each of your repetitive collaborative processes that will constitute your Template catalog and allow users to create new teams strictly from these templates.

When you’re creating your template from an original team, you can enable various governance features.

Audience targeting is one of those capabilities that restrict unnecessary team creation without taking its toll on the end-user experience. By enabling audience targeting you make sure only specific group of users will be able to see and access the template. You can set up targeting rules based on geographical location of users, departments, spoken language, and other attributes.

For example, if you have a Crisis Management template, it will only make sense to make it available only to those users who would form a part of the crisis management team.

By enabling Approval policy you’re allowing your users to create new teams from specific templates, but at the same time, you’re taking the process under control. You can delegate the approval process to any individual in the organization, therefore relieving the extra workload from your IT.

Your users will only need to send a request, explaining the purpose of the team creation, and then get it approved or rejected with an explanation from the person in charge.

Your permanent owners will be included in all private channels. This way, you have better control over what information is shared in teams created from the template.

Additionally, you may choose if the requester is automatically added as a team owner.

By enabling these three governance policies at the template level, you manage better the team creation process in your organization. You do not completely restrict users from creating new teams. Instead, you provide them with the right tools to collaborate better and guide them within Teams.